It's just taking too much time to figure out the steps.. It'll be good to record what I have done in case I forget it..

END_OF_DOCUMENT_TOKEN_TO_BE_REPLACED

This is going to be just short mumbling. I still remember how I love to use Google Map and Google Now. The appealing features are convenient, accurate, and helpful. But now they are getting worse. Google Map is getting slower response and less accurate location service. I guess it is not easy for Google to continue serving Map for free, but this is not the excuse that Map can get worse. Google Now used to be accurate too: it recognizes anything you say and executes precisely. Now it just cannot handle your voice. "OK Google" has to be very close to the microphone; some other words may accidentally trigger "OK Google"; "set up an alarm" and "remind me" turn to be the same; and it recently stops recognizing "yep" and "nope." Well, well, well...

This post serves as an app hacking example only.

Xiami (虾米) is a Chinese music sharing platform that you can listen to music for free (not for downloading). If you open up www.xiami.com, it will detect your visiting IP address, and where it belongs. So here is a screenshot of the message: 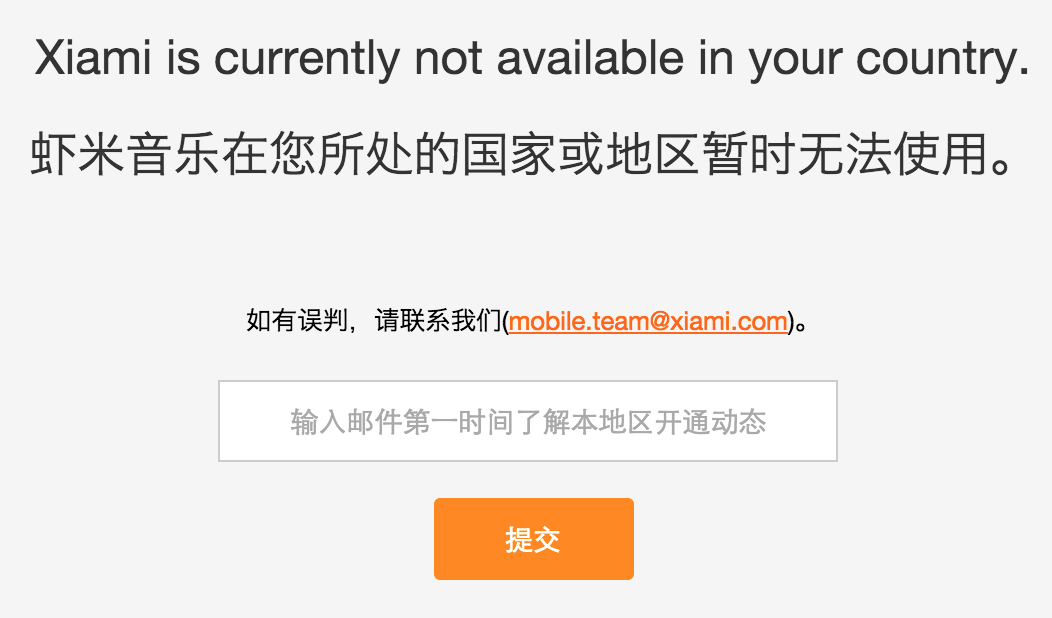 I like Xiami since it provides high quality music. The tricky thing here is, if you are a VIP user, i.e. paid user, then they will skip above message. Well, doing a little modification in the app can bypass the VIP check. Therefore, as long as you are a registered user, the app will recognize you as a VIP. END_OF_DOCUMENT_TOKEN_TO_BE_REPLACED

This has been my third conference event since I became a PhD student at SANDLab. NSDI 15' was between May 4 - 6, held in Oakland, CA. My friends were saying things like "do not go out at night" because of so many negative news about Oakland downtown. Well, I stuck to what they suggested and stayed in hotel at nights - not only because of the potential dangers but also due to homework due. Yep, skipping two classes and TA discussion is never fun and you have to do the work at night. 😛

NSDI is a conference that pays much attention in practical system designs. Most topics are in data centers, software-defined networks, and operational systems. Although there were wireless and physical layer sections, based on what I observed, most people were more interested in previous topics I mentioned. This year there are three best paper awards, which are by Matthew Grosvenor et al., Dan Ports et al., and Ben Pfaff et al. Here are some papers I think very interesting and I learn new things from. END_OF_DOCUMENT_TOKEN_TO_BE_REPLACED

Got the tablet two days ago and played it for a while... Project Tango utilizes IR depth sensor to obtain the distance of different objects (and possibly the resulting image is a combined work with fisheye camera). My assumption is they use camera to do some imaging processing to find out rough edges of different objects, and then use the depth sensor to get distance info. And to be honest, it is just a big toy when things work like they should. END_OF_DOCUMENT_TOKEN_TO_BE_REPLACED