Booked the ticket to the MobiCom TPC meeting in Salt Lake City upon Heather's request. Being served as the "man in station," I experienced what a 1st-year PhD student would possibly never have a chance to see. According to Ben, even a 4th or 5th year PhD wouldn't have this chance to attend such a meeting. My major task was to take notes for the meeting, and here is the story.

I left in the early afternoon from Santa Barbara airport. It's always a pain leaving from Santa Barbara as it always goes to LAX and then other places. And the flight is just about an hour. I'm not quite sure why but feel tired already after getting off the plane.

On the plane I was doing my homework, i.e. remember the names of TPC members. I am very bad at names, and I had a hard time to link people's faces with their names. Hence, I prepared a full list of TPC names, their photos, and what they majorly do. There are roughly 50 people, a few from Italy, France, and England. It would be quite awkward if I knew no body there. I felt I should prepare a bit and at least got familiar with the names first.

This is the first thing I learned during the trip. Always prepare well before you do something. I wasn't sure how detailed my notes should be, and I prepared the names in case I need to take down "who said what" (though that was not the case in the end). I thanked my preparation that I remembered most people's names and what they were doing. I could pick up a line and chat a little bit with them about their projects at spare time. And actually not everyone knew each other at that time. It kinda felt good that you "know" nearly everybody but not everybody knows everybody :P.

So I arrived the hotel at about 10pm on Wednesday. One surprising thing at SLC was that they close everything very early. I hadn't had dinner yet! Luckily through Yelp (thanks to the founders Jeremy and Ressel!!), I found the pizza place "The Pie Pizzeria" that saves my life. Waiting was 45min and below was what I get (a fantastic 12" pizza!) eventually: 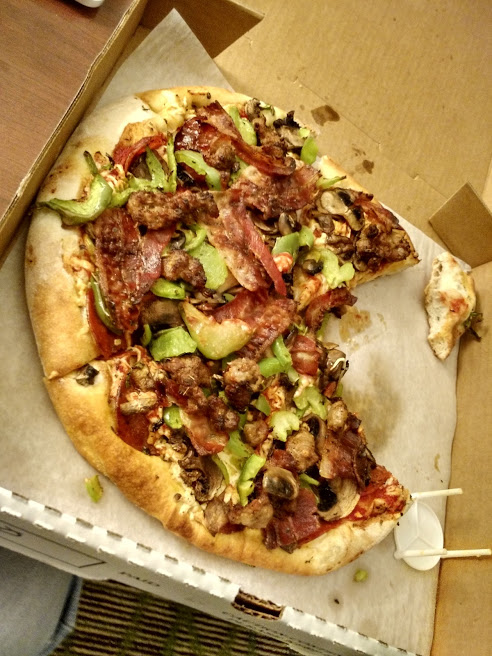 I managed to eat it all! The taste -- especially when you got really hungry -- was just so good! And I added one more thing to my "what-I-have-learned" list: always bring food/snacks with you, just in case!

The first day at TPC is very tired -- got up at 5am and ended at about 6:15pm. The lunch was about 15min and I didn't eat much. (Heather didn't even sleep 🙁 ) During the setup in the morning, I realized the next important thing. Trying to be versatile is beneficial. For instance, someone accidentally used a non-erasable marker written on the whiteboard. How do you clean that up? You, the readers, might already know this trick: just use an erasable marker overriding the letters and booya you can erase it now. It made me smile like 🙂 when Sneha kept appreciating my small contributions as the man in station. I was just doing my job right though. FYI, Sneha is really nice, driving Heather and I everywhere we had to go.

Since the reviewing process is double-blind, Heather had to leave when there was a conflict. I had to follow her and leave as well. And THAT was the only chance we could go out and take a break. Otherwise, I had to really pay attention to what people were saying, taking notes, and advancing slides.

The meeting was quite different from what I thought. There were many people sitting there, but not all members were participating while discussing papers. Admittedly only certain number of reviewers was assigned to one paper, and people who didn't read the paper just remain silence and do their own stuff. Somehow this led to a funny situation. That was, when people needed to make a decision to accept or reject the paper, if one could not convince another and there were even number of reviewers in present, a draw could happen. If so, the debate could go on and on. Then the chairs had to sort of force them to make a decision. Neither convincing others nor forcing to make decisions were easy. And here I got another appending to my list. Be strong to hold your point, fight for your opinion, and argue with some personality. I clearly remember Matt stood up in a draw and asked people to speed up and make a decision, Rama stood up to shepherd the paper and convinced others to accept paper, and Victor stood up to maintain a smooth discussion. It is okay that we made mistakes and we could be wrong, but if that was correct, we should firmly fight back.

That was pretty much the first day.

The second day ended earlier, and we finally got a relatively long break. Heather and I went to visit the Red Butte Garden about 20min away from hotel. We were a little unlucky as there was a concert that day and the Garden closed at 5pm, which was the time we left hotel. So we just bought something from the gift shop and pretended we'd been there. That was about it. 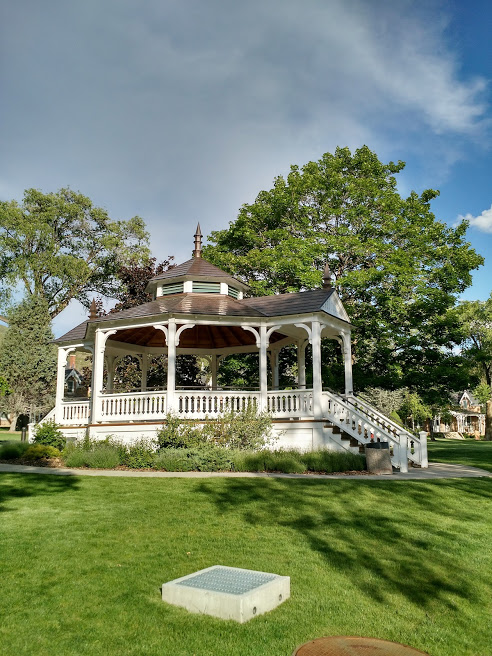 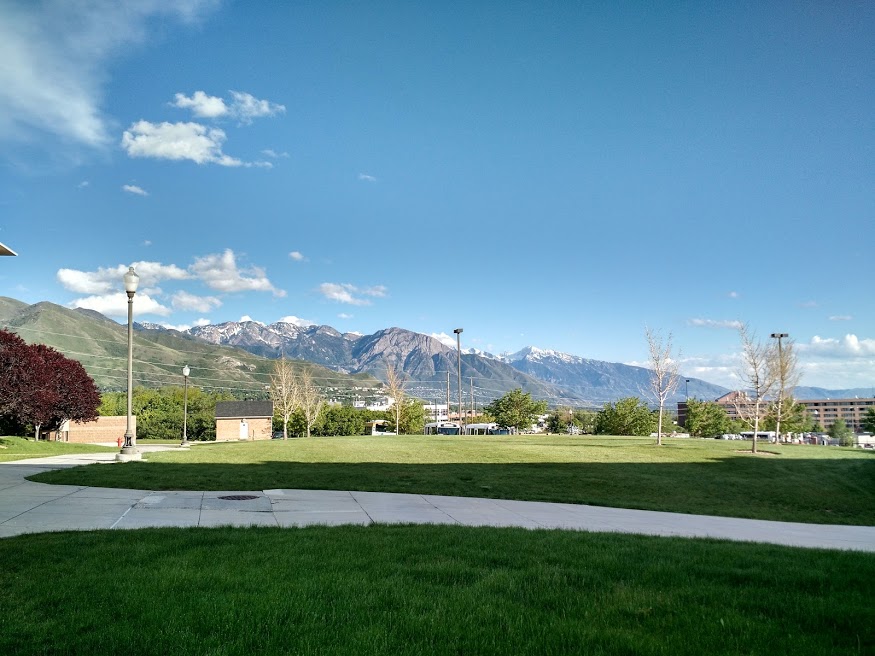 Our airplane took off Salk Lake City at 4am. Therefore, we got up at 3am -- insanely sleepy.. That was all I could remember since I fell asleep as soon as I got on the airplane.

So how to get a paper in?