When I went back to China, I found this little NFC ring called "TiMER 2." The ring has two colors for men and women. 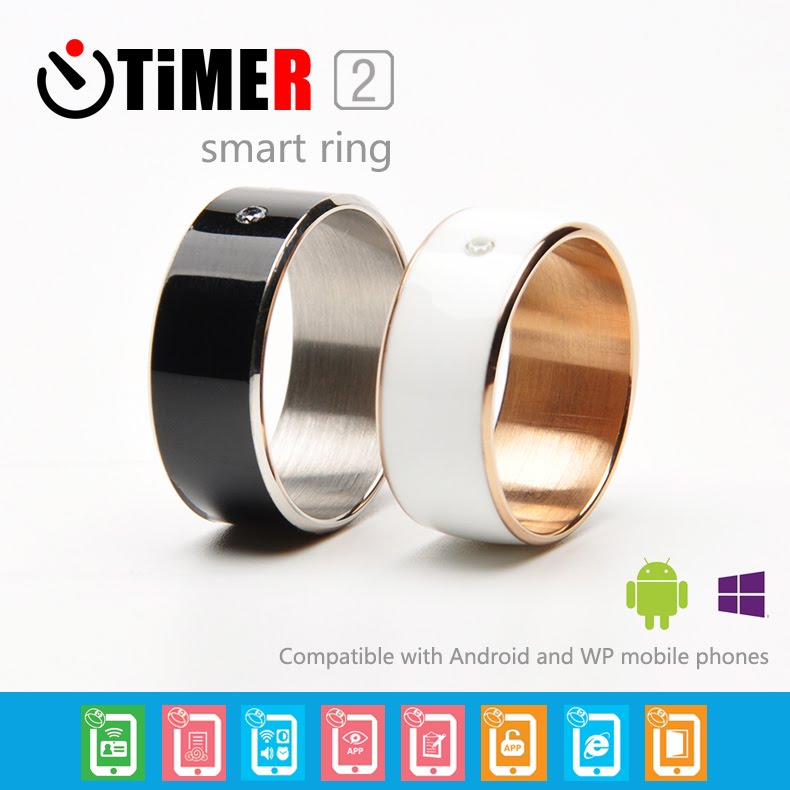 The ring is very cheap - under $15 on ebay. It's claimed to be IP68 so you can wear it under water. And the ring has two NFC tags, one under the little "diamond" (webpage said "SWAROVSKI diamond" and I could hardly believe so) and the other on the opposite side. Each tag has 138 bytes storage.

I bought it for its good looking as well as its two NFC tags. Tried their app and it literally sucks. The app sucks in both functionality and user interface. If you plan to get one, just use regular NFC reader/writer app to write/read the tags. I believe on the market there are far better apps doing what the TiMER app could do (e.g., unlock screen, store name card, store data).